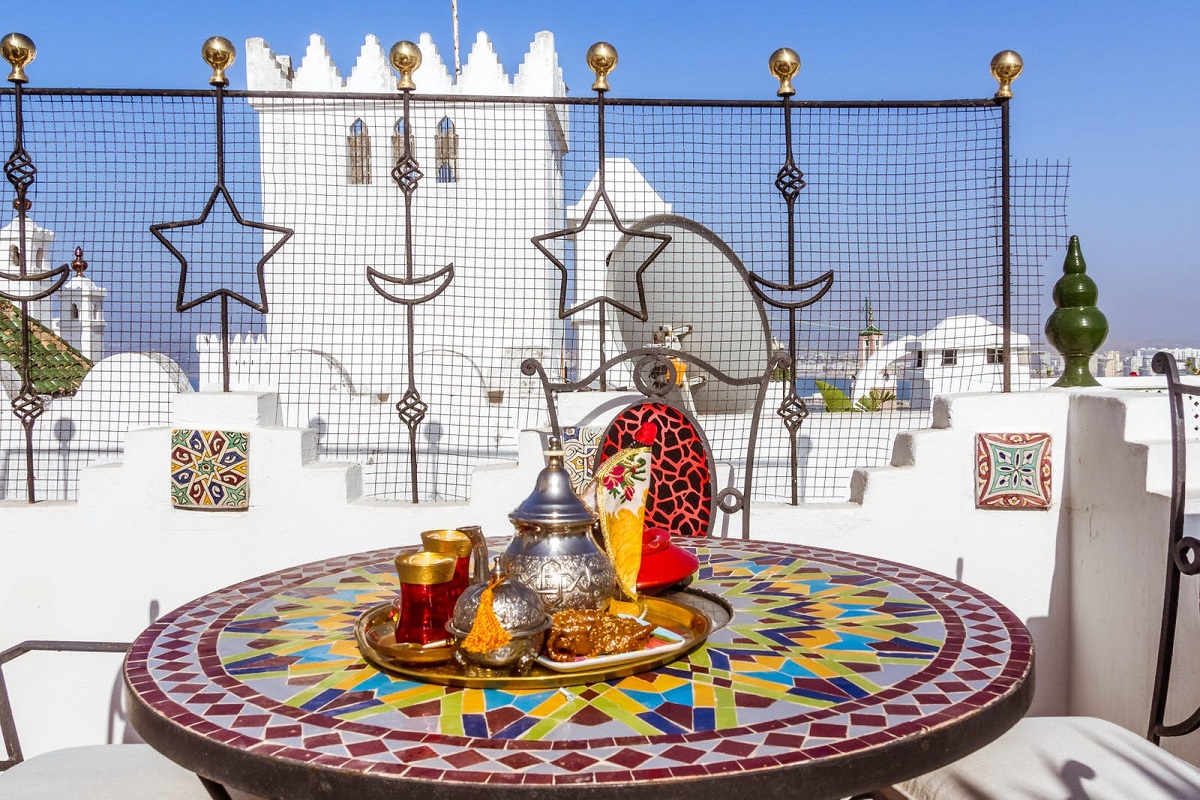 8 Reasons why Tangier tantalizes every traveller

8 Reasons why Tangier tantalizes every traveller

Located on the Strait of Gibraltar that separates Africa from Europe, this northwest Moroccan city has long served as a cultural capital to a number of novelists and artists from all around the world, who were attracted by Tangier’s climate, landscapes, and quaintness. With diverse industries of textile, chemical, mechanical, metallurgical and naval base; Tangier is Morocco’s major economic centre after Casablanca. Your trip to Morocco is undone without touring this port city that is developing fast in areas of real estate, construction and infrastructure.

Derived from Semitic word tigisis, meaning “harbour” – Tangier was founded in the early 5thcentury by Carthaginian colonists, who were probably the first to settle around the coast. At about 15 km from the Spanish coast, this picturesque city tantalizes every traveller.

Wandering along the maze of alleyways of Tangier’s lively medina can be an amazing experience. The bustling shops, teahouses and eateries will draw every traveller’s attention. It’s contained by the walls of a 15thcentury Portuguese fortress and is frequented by tourists. Your Morocco private trips should include this Tangier Medina.

Located high on a hill in Tangier with fascinating views of the ocean, the Kasbah should feature in every tourist’s itinerary on their Morocco tours. Known as Dar El Makhzen and is now a museum that houses fine works of Moroccan art. The carved wooden ceilings and marble courtyard showcase the beauty and intricacies of Moroccan craftwork. You can also take a refreshing walk in the charming Andalusian garden.

Also known as the “Souk Dakhli” is a notable square in the Medina area of central Tangier, and was once home to many notable writers and affluent people in the city is connected by the Rue Es-Siaghine. Earlier a hub of city life, this square now lies low whereas all the excitement has now shifted to Ville Nouvelle. However, it’s still a great place to take a leisurely stroll and a meeting place for locals.

Officially known as Place du Grand 9 Avril 1947 after the speech of Mohammed V in support of Moroccan independence, this square in Tangier comes lively in the evenings when vendors put up their extensive displays and sell a diversity of second-hand goods, fruits and spices. The cobblestone circle features a large marble fountain and park benches. Hang around the square to get the vibe of the vibrant city on your trip to Morocco.

Deep in the heart of the Tangier Medina, on a small rise, is located the small tomb of Ibn Battuta. Born in Tangier in 1304, the greatest traveller of times, travelled across North Africa through the Middle East then to Russia, Central Asia and China, returning via Sri Lanka and East Africa. Don’t forget to ask the local who would direct you to the tomb.

Built-in 1905, this Anglican Church is one of the city’s most charming and relaxing landmarks. Located on Rue d’Angleterre, it has a stark interior decorated in high Fassi style. The small cemetery outside the church contains interesting tombstones from the early 20thcentury. Don’t forget to catch a morning service here, if you happen to visit Tangier on a Sunday.

Located on Rue Es-Siaghine, this eclectic museum is housed in a former synagogue. You will get to see old newspapers, B&W photographs, posters and plans related to the history of Tangier since the 1930s. Regular exhibitions of contemporary paintings are also held in this art museum. On your Morocco holidays, make it a point to visit this beautiful museum.

Nature lovers and shutterbugs find this landscape quite romantic and magnificent. At an elevation of 1000 ft, this promontory at the entrance to the Strait of Gibraltar is just 12 km west of Tangier. The Caves of Hercules is below this cape. The lighthouse of Cap Spartel is still active and acts as a prominent landmark but is closed to the public. Lunch at one of the cafés overlooking the Cape could be a memorable event on your Morocco vacation.